Learn how to build high impact courses that get lasting results with instructional designer Julie Dirksen in this LMScast episode with Chris Badgett of LifterLMS. Julie is the author of the book Design For How People Learn.  Chris and Julie discuss the various gaps in student’s learning, and how online course creators can optimize their programs to help their students succeed. 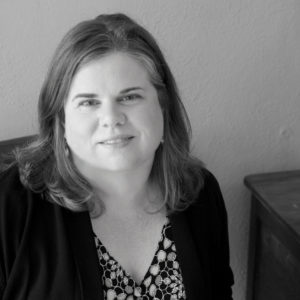 Julie shares how she identifies what is holding her learners back and then formulates a curriculum to address that specific problem. In the case of the individual who smokes, Julie would ask, “Is this a knowledge problem or a habit problem?” In most cases, it is a matter of addressing the habits that coincide with smoking.

Chris and Julie talk about the various learning gaps that are holding students back. Along with the information gap, there are procedural gaps where people don’t get something until they have practiced it enough times. There are habit gaps where you need to focus on responding to a trigger in the environment. You can also have a motivation gap where someone knows what to do, how to do it, and when to do it, but they don’t have the motivation to follow through.

Julie shares how the brain is like a closet when it comes to organization. You will find that it is much easier to teach a new concept to an expert in a field, because they have a large closet that has advanced ways of organizing concepts. Students who are new to a subject matter won’t be able to organize information and processes as meticulously as an expert would. As your students learn and improve, they will assemble more shelves in their closets.

It is important to have your students take action and implement the material they are absorbing in your course in order for them to retain it. By applying the material in a real world setting, your students are reinforcing the concepts and practicing. That is what changes behaviors and builds automatic processes.

To learn more about Julie Dirksen you can head to UsableLearning.com. And she will have some online courses available hopefully by the end of the year at DesignBetterLearning.com, so be sure to look out for those. You can also find Julie on Twitter at @UsableLearning. Julie’s book Design For How People Learn is available on Amazon, and there are a lot of really smart people engaging with her Facebook group called Design For How People Learn.

Julie and Chris talk about all this and more in this episode. You will want to watch this episode a few times to extract all of the nuggets of wisdom. Head to LifterLMS.com to find out more about how you can build your own online courses and membership sites with LifterLMS. If you like this episode of LMScast, you can browse more episodes here. Subscribe to our newsletter for updates, developments, and future episodes of LMScast. Thank you for joining us!