Helping women get their groove back by building communities and strong support networks from rural areas with Rebecca Undem in this episode of the LMScast podcast with Chris Badgett of LifterLMS. Chris and Rebecca discuss many topics relevant to course creators, such as community building and how to overcome the isolation faced by many online entrepreneurs. 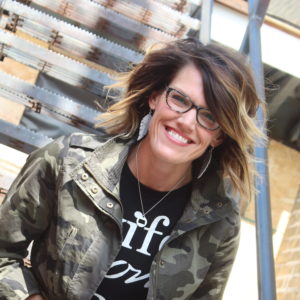 Rebecca grew up in a small farming community in North Dakota with a population of 1,800 people. She reflects on and shares some experiences she has had growing up in an intimate community. There is a lot of support and love that you receive, but there is also a lot of eyes specifically watching you and an ever present pressure to conform to expectations.

Rebecca created the Small Town Survival Kit to help moms who are feeling stressed or invisible in their daily lives. She has all kinds of exercises, including one-minute mojos to boost your energy and provide some virtual assurance when the chaos of your daily life becomes too overwhelming.

Chris and Rebecca dive into how you can build support systems in your online education platform and in your life that will help you succeed. Rebecca shares her experience with a mastermind group company called Kickass Masterminds. Regularly connecting with people who understand your stresses and can contribute to helping you work out problems in your business can be vital when the tolls of entrepreneurship weigh the heaviest.

Doing away with vanity metrics will help you build a more engaged community, and in the long run it will make creating content easier. A large part of being authentic with your brand comes from not looking side-to-side and comparing yourself to other creators in your industry. Rebecca draws a clear distinction between comparison and inspiration that will help you improve your business without becoming discouraged by your competition.

To learn more about Rebecca Undem and the Small Town Survival Kit head to RebeccaUndem.com. She is also the author of a book called How Mommy Got Her Groove Back, which is a great resource for moms who are learning how to find success in their lives after having kids.

After visiting Rebecca’s site, head over to LifterLMS.com to find out more about how you can use LifterLMS to build your own online courses and membership site. If you like this episode of LMScast, you can browse more episodes here. Subscribe to our newsletter for updates, developments, and future episodes of LMScast. Thank you for joining us!