Big niches and creating an ecosystem around your tribe with Avery White of Third Person Creative in this episode of LMScast with Chris Badgett of LifterLMS. Avery shares his story of how he went from a degree in computer engineering to running an online ecosystem of artists and an education platform online. 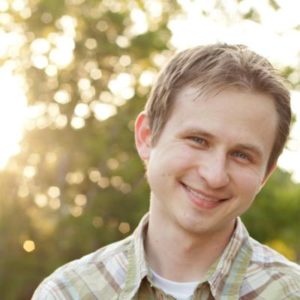 Avery is living abroad in Thailand and has created a large ecosystem online of artists and creators from all different media formats and forms of expression. Avery is all about delivering value to creatives, so his mission is to let artists and other creators know how they can make money pursuing their passion.

Course creation and teaching overall is a form of art, so you can really benefit from thinking about different art forms when creating educational content. There are many bridges that link different forms of art, and when Avery couldn’t find anyone talking about that online he decided to lead the discussion himself by starting his blog at ThirdPersonCreative.com.

Storytelling through media can be a powerful way to convey a point and share information. In the online education space it is important to capture attention and encourage engagement. Avery shares some great examples of telling stories through media formats like photography.

Avery touches on the point that you can have the greatest idea in the world, but if you don’t have the necessary skills to communicate that idea, then nothing will happen. Taking inspiration from various art mediums can help you to better communicate with kindness, elegance, logic, and rhetoric.

Knowing your audience and being very clear when teaching is important. Avery created a course on his site that walks people through how to get to a functioning WordPress site from nothing. His tutorial walks his audience through click by click from opening a browser window to finding hosting to navigating the back end of the WordPress dashboard to setting up custom website emails.

To learn more about Avery White and the projects he has going on, you can head to ThirdPersonCreative.com and you can reach out to him personally by email and get a discount on his course. You can connect with Avery on Twitter and Instagram at @tp_creative and on Facebook at @ThirdPersonCreative.

Find out more about how you can use LifterLMS to build your own online courses and membership sites at LifterLMS.com. Subscribe to our newsletter for updates, developments, and future episodes of LMScast. If you like this episode of LMScast, you can browse more episodes here. Thank you for joining us!