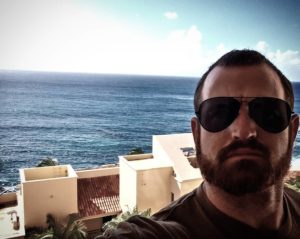 How to win with WordPress 5.0 Gutenberg compatibility with your WordPress learning management system LifterLMS in this episode of the LMScast podcast with LifterLMS founders Chris Badgett and Thomas Levy. Chris and Thomas dive into what you need to know as a course creator about the new page builder for WordPress.

Gutenberg has been out for a while as a feature plugin, so you may have seen it pop up on your site. If you are interested in trying out the plugin, you can head over to WordPress.org/Gutenberg and download it for free.

For those unfamiliar with it, Gutenberg is a page building plugin that allows you to switch between the classic WordPress editor and the Gutenberg editor. What we currently have in WordPress as the default editor is a W-Y-S-I-W-Y-G editor meaning ‘what you see is what you get’. It is very similar to the editors you find in Microsoft Word and Google Docs.

If you have ever used a page builder like Elementor, Beaver Builder, or the Divi builder, then the Gutenberg update should not be too much of an issue for you. You can still use the page builder you currently use instead of the Gutenberg one.

Gutenberg uses what are called ‘blocks’ to build pages. If you are familiar with other page building plugins, they are the equivalent of ‘modules.’ For many people, the page building setup is easier to use as it tends to be more intuitive. You can drag and drop in elements such as images, videos, quotes, lists, text boxes, headings, and many more.

At LifterLMS we are very excited for the release of the Gutenberg builder and how that will make building visually complex sites more accessible for more people. Be sure to head over to WordPress.org/Gutenberg and check out the live demo they have where you can play around with some of the settings on the front end.

You can also try out Gutenberg with LifterLMS if you head to poopy.life where you can create a free WordPress installation in 30 seconds and install Gutenberg and LifterLMS. From there you can test it out. After you’re done testing out the new page builder for WordPress, head over to LifterLMS.com to find out more about how you can use LifterLMS to build your own online courses and membership sites. If you like this episode of LMScast, you can browse more episodes here. Subscribe to our newsletter for updates, developments, and future episodes of LMScast. Thank you for joining us!

Chris Badgett: You’ve come to the right place if you’re a course creator looking to build more impact, income and freedom. LMScast is the number one podcast for course creators just like you. I’m your guide. Chris Badgett. I’m the co-founder of the most powerful tool for building, selling, and protecting engaging online course called LifterLMS. Enjoy the show.