Learning from the world’s biggest brands, how to consult, and scaling up a niche course subscription platform with Gary Fox of WP Slide Sync in this episode of LMScast with Chris Badgett of LifterLMS.

WP Slide Sync is a new way to work with how you embed PowerPoint and video into your WordPress website. It allows your learners to easily navigate your longer video content by clicking on the specific slide they’re looking for and automatically syncing the video to that spot in the presentation. 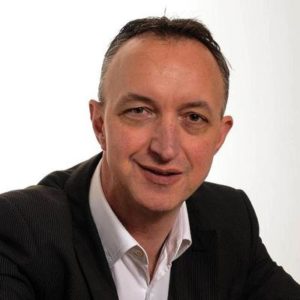 Gary is a course creator for voice-over artists, and you can find his courses on GravyForTheBrain.com. You can find voice-over in ads, movies, and presentations everywhere. It is a very large industry, and with the current technology it is easier than ever to become a voice-over artist.

The course creation journey is different for everyone depending on what market you’re serving, but on the macro level course creators tend to struggle in similar ways. Gary shares his story of how he got into the voice-over industry and got to the point of creating various types of instructional content for others in his industry.

On this LMScast we talk a lot about the journey of the course creator, but it is also important to focus on the learners’ journey. Gary recognized the different types of people doing voice-over work and created his content specifically to serve them. Choosing your market before choosing how you will serve them is a great strategy to creating valuable content.

Gary has created a network of 16 courses that serve people in the voice-over market, from beginners to specific types of voice-over opportunities like gaming and audiobooks. Gary also teaches his learners practices they can use to take care of their voice, and he also covers the technical aspects of the job, like how to build a home studio.

Gary and Chris speak to the importance of continuous improvement with your products and services. Launching your course is the starting line, not the finish line. If you don’t have the competitive edge where you’re always looking for doing something different, improving, and refining, then somebody else will. It is important to put your customers first and always improve.

Be sure to check out WPSlideSync.com and GravyForTheBrain.com to learn more about the products and services Gary offers. Learn more about how you can use LifterLMS to build your own online courses and membership sites at LifterLMS.com. If you like this episode of LMScast, you can browse more episodes here. Subscribe to our newsletter for updates, developments, and future episodes of LMScast. Thank you for joining us!