How course creators can overcome extreme stress and unlock creativity through clarity with spa life entrepreneur Diane Halfman in this episode of the LMScast podcast with Chris Badgett of LifterLMS. Diane and Chris talk about how you can have a successful go-getter mindset and take time to take your foot off the gas, relax, and reflect. 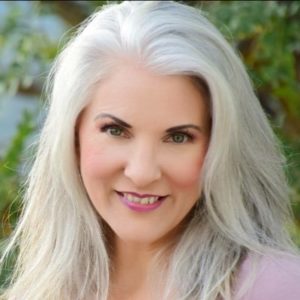 Diane was a San Diego police officer for 10 years. She worked gangs, narcotics, and vice. During that time she was able to see behind the scenes of what was happening in the world. While on the police force, Diane once had the opportunity to spend a little time living the ‘spa life’ where you focus on taking care of all the aspects of yourself from a mental, emotional, and physical level. The spa life is all about enabling yourself to be the best person you can be in order to make a larger impact.

Many course creators and membership site owners get stressed out and overloaded with work, because all of the responsibility of the business is on them, and they don’t create boundaries for their business. Diane and Chris talk about how creating specific time each day to prioritize relaxation can dramatically help you relieve the stresses in your life.

When you are teaching in-depth online courses, it is important to show the different aspects of your life. If you don’t show how you take care of yourself when teaching online courses, then you’re giving your clients permission to not take care of themselves. Your students consciously or subconsciously look up to you as an expert, so it is important to demonstrate healthy choices.

Diane shares her expertise in managing stress and what she does with her consulting clients to make their lives more productive and less stressful. Two of the big points of limited productivity come from having a cluttered work environment and an office that doesn’t engage and inspire you. Diane and Chris discuss how you can address these problems.

To learn more about Diane Halfman and the spa life lifestyle head to DianeHalfman.com where you can find some free gifts and ways to follow and connect with Diane. Be sure to also check out LifeResetQuiz.com where you can learn about what aspects of your life you may need help improving.

You can find out more about how you can use LifterLMS to build your own online courses and membership sites at LifterLMS.com. If you like this episode of LMScast, you can browse more episodes here. Be sure to subscribe to our newsletter for updates, developments, and future episodes of LMScast. Thank you for joining us!