Course and membership content planning, finding flow, and the copywriting super skill with Memberium’s Micah Mitchell in this episode of LMScast with Chris Badgett of the LifterLMS team. Micah shares his journey with going from owning a lawn mowing service to entering the IT world and designing a software for Infusionsoft and WordPress users called Memberium to fill the demand he noticed while working as a freelancer. 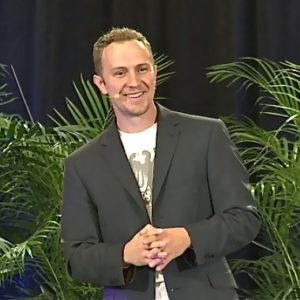 Memberium is a membership plugin for WordPress. It was originally built to connect to Infusionsoft, and later it expanded to also integrate with ActiveCampaign. Memberium isn’t designed to create the entire membership experience. Rather it acts as a middleware, which is a software that acts to integrate two things together, in this case Infusionsoft and WordPress.

Infusionsoft is a CRM (Customer Relationship Management) sales tool, and it is an all-in-one system. You can use it to manage your sales team, sales opportunities, pipelines, automations, affiliates, eCommerce, and more. ActiveCampaign focuses on the marketing campaign piece of your business, so ActiveCampaign tends to work best when you tie it in with several other tools.

One of the most common uses of Memberium and Infusionsoft is to have Infusionsoft engage with the student when they finish a section, lesson, quiz, or course in LifterLMS.

A great strategy you can use when building your courses is to lay out your course on index cards or pieces of paper and go through them in chronological order as your students will, rather than constructing the course as a mapped out diagram. This strategy will allow you to see what parts of your course you need to make clearer and what content you may need to break down into smaller modules.

Micah and Chris talk about how solid fundamentals for what delivers value in your online course or business in general is important for success. With all of these tools that are available for WordPress, LifterLMS, and social media, it is important to focus on the minimum viable product (MVP).

Also go to LifterLMS.com to find out more about how you can use LifterLMS to build your own online courses and membership sites. If you like this episode of LMScast, you can browse more episodes here. Subscribe to our newsletter for updates, developments, and future episodes of LMScast. Thank you for joining us!