Welcome to this episode of LMScast! Today we discuss a course creator’s incredible journey of transformation and financial success with LifterLMS power user Jonathan Farley. Jonathan shares his journey with losing a considerable amount of weight and selling his online course site for almost a half a million dollars.

Jonathan had worked in the medical field for most of his adult career. While he was focused on his career his own health fell into disrepair. He weighed around 450 pounds and his health condition was quickly going downhill. Jonathan had a gastric sleeve surgery, and after nine months was down to weighing 175 pounds. 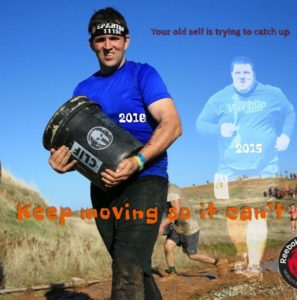 During the nine months after his surgery he committed to doing a competitive race every single month. He participated in four Spartan races and two marathons. Jonathan’s largest motivation to really commit to losing the weight was when his son started to look up to him during a kids Spartan race they ran together.

Jonathan was involved with a Facebook group supporting people who were looking to lose weight. After receiving several private messages from people looking for more advice from Jonathan he decided to look into the world of online education and found LifterLMS.

Jonathan created a membership site with online courses dripping to his students week by week as they were going through the same pre-operative and post-operative stages as Jonathan did.

Presales and content marketing is a big deal when selling online courses. Giving people a taste of what they are going to buy before they buy it is a great way to increase conversions. Jonathan actually gave his first users free access for two weeks, then up-sold them to half off his big plan.

Jonathan invested about $1,200 into the LifterLMS Infinity Bundle and everything he needed for his site, and down the line when he sold it he was doing around $13,000 per month in revenue, and it sold for $480,000. He is also getting paid to do consulting for the company for the next three and a half years.

Head to LifterLMS.com to find out more about how you can use LifterLMS to build your own online courses and membership sites. If you like this episode of LMScast, you can browse more episodes here. Subscribe to our newsletter for updates, developments, and future episodes of LMScast. Thank you for joining us!