Chris Badgett of LifterLMS discusses discovering the art of fully living through commitment, goals, beliefs, investment, and immersion with Tal Gur in this episode of LMScast. Tal shares a little bit of his story and what he has learned during his entrepreneurial lifestyle journey.

Tal is an author, online business builder, world traveler and all around interesting guy. Tal’s book The Art of Fully Living can be found at FullyLived.com, and he has another book called One Year to Freedom that you can find at OneYearToFreedom.com. 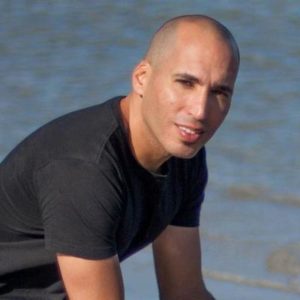 It can be tough to define who you are as a person. Lifestyle entrepreneurship is all about creating freedom for yourself rather than pursuing a million dollar goal. Tal defines who he is by defining what stays consistent when he is always embarking on new adventures and changing up his environment. The desire to grow is something that hasn’t changed through Tal’s experiences with traveling around the world and meeting new circumstances.

Tal’s had a friend who didn’t set life goals or create a bucket list because his father had died at age forty. At the time Tal was thirty years old, and he thought about what he would do differently in his life if he only had ten years left to live. Tal was inspired to create FullyLived.com as a blog for his journey, and then he went on to write two books on the topic of lifestyle development.

Goal setting and habit development are huge in entrepreneurship and business management. Tal shares some strategies he has employed over the years to motivate himself to achieve more. Tal suggests trying the strategy of setting penalties for yourself if you don’t complete a goal, and getting involved with a network of people who are as serious about goals as you are and holding each other accountable.

To learn more about fully living and achieving life changing results head to FullyLived.com and OneYearToFreedom.com. You can also connect with Tal on social media.

Go to LifterLMS.com to find out more about how you can use LifterLMS to build your own online courses and membership sites. If you like this episode of LMScast, you can browse more episodes here. Subscribe to our newsletter for updates, developments, and future episodes of LMScast. Thank you for joining us!