We discuss SEO for course builders, membership site entrepreneurs, coaches, and private online communities with John Locke in this episode of LMScast with our host Chris Badgett of the LifterLMS team. Chris and John dive into some SEO strategies for course creators, and they discuss how SEO can be more valuable than paid ads. 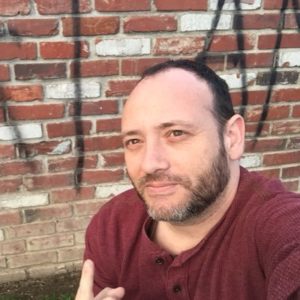 John Locke is an expert SEO consultant and founder of Lockedown Design where he specializes in SEO services for all types of businesses looking to create sustainable traffic online.

SEO stands for search engine optimization, and it is the process of maximizing the number of visitors to your website by ensuring your site appears high on the list of results returned by a search engine. So when you type into Google, “How to build an online course” Google will return the most relevant results to those keywords. And the higher your site appears on that ranking system, the more likely it is that a visitor will come to your site.

A lot of sites with bad SEO are focused only on the sales pages. If you include educational pages on your site you will be more likely to rank higher and have better SEO. Taking one or two of your best lessons in your course and giving them away for free is a great way to do content marketing with online courses, and strategies like that can help to increase your SEO value in a major way.

Customers buy products and services from people they know, like, and trust. Producing free educational content on your subject is a great way to build that trust, and it also serves as a terrific marketing strategy. Chris and John talk about how SEO is not about tricking search engines into thinking you are the best. It is all about actually delivering the most value to the consumers.

Having other sites link to your website is a great way to increase your SEO value. Building relationships with authorities in your industry is a terrific way to do that. John and Chris delve into several other strategies, such as keyword targeting and creating free YouTube videos that will drive more traffic to your site.

To learn more about John Locke you can head to LockeDownDesign.com and you can find John on Twitter at @Lockedown_. Also head to LifterLMS.com to find out more about how you can use LifterLMS to build your own online courses and membership sites. If you like this episode of LMScast, you can browse more episodes here. Subscribe to our newsletter for updates, developments, and future episodes of LMScast. Thank you for joining us!