We dive into online course website design, event management, and questioning client decisions with WordPress consultant Sallie Goetsch in this episode of LMScast with Chris Badgett of LifterLMS. Sallie shares tips and strategies for designing online course sites and acting as a consultant in the web development space. 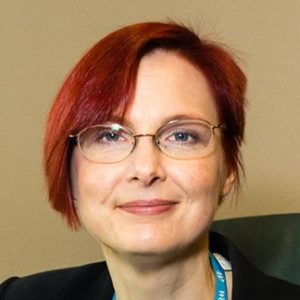 Sallie coordinates monthly meetups for WordPress entrepreneurs in her area. She is really interested in the research aspect of course building, and she shares how she became interested in WordPress and online blogging while working in classical studies.

Course builders have a choice between what platforms they want to use for building courses. Large platforms like Coursera, Udemy, and Teachable give you an easier way to market to some people who are searching the platform and might not have ever seen your course. A self-hosted platform like LifterLMS gives you much more customizability and flexibility, but you have to create the content, market it, and revise it.

As a consultant, Sallie has learned a lot about what it means for a website to be successful at achieving the desired goal. Challenging your clients choices is an important thing to do, and it can be intimidating for consultants, but it is better to have that discussion now than have a client end up with a product that doesn’t deliver the desired results. Asking your clients why they are making the decisions they are is key to getting clear on what their goals are.

There is a great opportunity for consultants to use online courses to generate leads and educate their potential clients on what type of services they offer. A lot of the insights on what a client needs comes from gaining clarity into what their goals are and what their metrics for success are.

To learn more about Sallie Goetsch go to WPFanGirl.com. Also head over to LifterLMS.com and check out all of the things we have going on, and subscribe to our newsletter for updates, developments, and future episodes of LMScast. If you like this episode of LMScast, you can browse more episodes here. Thank you for joining us!