We get into YouTube for business online video marketing for course creators and membership site entrepreneurs with Matt Medeiros from the Matt Report and Pagely in this episode of LMScast with Chris Badgett of LifterLMS. Chris and Matt share a lot of tips for building out your content with video marketing strategies. 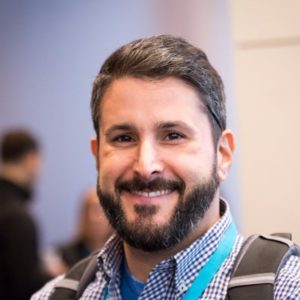 Matt has been very interested in video and radio for much of his life, and he had been doing videography work before everyone had an iPhone and was able to record videos and take pictures everywhere. The editing process was long and arduous, but he predicted video would be the new big form of media.

Video streaming capabilities are more accessible than ever to the regular person, and many people are engaging with that form of media. Chris and Matt talk about how effective video is and how it will only continue to become more relevant to online marketing and sales with the opportunities it provides to build connections with customers. Consumers buy things from people they know, like, and trust, and being in front of the camera is a great way to let people get to know your personality and build trust with them.

The principles of AIDA can help you out a lot with creating online content: Attention, Interest, Decision, and Action. These are things you will want to be mindful of when you are selling using digital media. A big part of engaging your audience will be finding content you can comfortably produce with good cadence.

Investing the time and money to make a high quality video is worth it. Getting a fairly high-quality microphone and camera setup will make your videos much more pleasant and tolerable for your listeners. Chris shares how doing research on your niche and taking the time to write high quality content that appeals to them will vastly help your ratings as well.

To learn about Matt Medeiros head to MattReport.com and YouTube.com/TheMattReport where he posts videos on business and tips for video creation online. If you like this episode of LMScast, you can browse more episodes here. Subscribe to our newsletter for updates, developments, and future episodes of LMScast. Thank you for joining us!