Learn how to come alive as an expert, get leads, and unlock your voice with podcasting guru Jeff Large in this episode of LMScast. Today Chris Badgett of the LifterLMS team and Jeff Large get into how podcasting is a great form of media for you to consider using to generate leads and build trust with customers.

Jeff is a professional podcaster who also provides planning, production, promotion, and analytics services to other podcasters. He also has courses for students who are interested in entering the world of podcasting. You can find his personal podcast at JeffLarge.com. 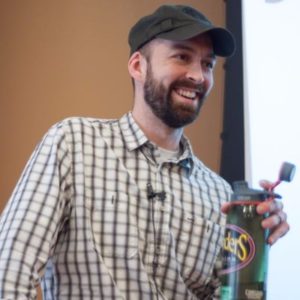 Jeff’s services are called Come Alive Creative and Come Alive Academy. Chris and Jeff talk about the current state of the podcasting and online education world. Jeff shares his story of how he got his businesses to where they are today and what he has learned through the process.

A lot of business owners and entrepreneurs tend to put too much emphasis on planning for the future of their business. This can be good foresight, but often it ends up overwhelming entrepreneurs and causing over analysis paralysis, preventing you from making a decision. Jeff talks about this and how focusing on making the right decision in the moment will cause things to unfold positively in the future.

Chris and Jeff discuss how podcasting is a great form of media for developing your skills as a teacher and communicator. Even when you become extremely committed to a topic you can always learn more. Chris talks about how hosting LMScast has allowed him to continue to gain deeper insight into the online education space.

If you are considering starting a podcast, then this episode of LMScast is definitely one you should consider listening to a few times and taking notes, because Jeff provides some great insights into what you need to take into consideration when finding guests, assembling equipment, and connecting with your audience.

To learn more about Jeff head over to ComeAliveCreative.com and ComeAliveAcademy.com. You can find him on Twitter at @RealJeffLarge.