In this episode of the LMScast podcast we discuss marketing automation and learning content personalization for course creators with Spencer Forman from WP Automation Lab. Chris and Spencer dive into how you can use marketing automation tools with your LifterLMS website to engage prospects and increase your conversion rates. 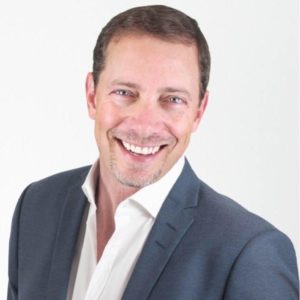 Spencer has a lot of experience with marketing automation, and he has been around the tech industry for many years. He has been involved with all kinds of entrepreneurial endeavours, including real estate and software training. Spencer is an advisor to WP Fusion, which is a tool that connects what is happening on your website to your CRM or Customer Relationship Management tool.

Many people don’t understand how CRMs and other similar platforms work, because they can become very confusing quickly. Spencer creates a great visualization of how they work. Imagine the WordPress ecosystem as plant Earth, and every different plugin or tools for a membership site is a country with it’s own way of doing things, and they all interact with one another differently. WP Automation Lab has training on how you can use the tools you need to create a profitable membership site with WordPress.

Creating a unique and personalized experience for your prospects is important to keep them engaged with your program and increases the likelihood they will convert into a paying customer. The conversion rates for online products tends to be low compared to the number of people who enter the sales funnel. The training spencer has created on WP Automation Lab will help you learn how to increase that conversion rate by using tools to automate your marketing process.

Solving pain points is the essence of entrepreneurship. Spencer defines an entrepreneur as the journeyman that takes on the risk of solving a problem for the financial reward. Chris and Spencer talk about the differences between an entrepreneur and a consultant and how you can transition to a mindset of teaching the process rather than directly implementing it yourself to grow an online education business.

To learn more about Spencer Forman and the WP Automation Lab products head to WPAutomationLab.com. You can also find Spencer at WPLaunchify.com. On Twitter you can find him at @WPLaunchify, and you can email him directly.

Integrating your WordPress site with automation tools on the web has never been easier with WP Fusion, so be sure to check that out here. You can learn more about how you can use LifterLMS to build your own online courses and membership sites at LifterLMS.com. If you like this episode of LMScast, you can browse more episodes here. Subscribe to our newsletter for updates, developments, and future episodes of LMScast. Thank you for joining us!

Chris Badgett: You’ve come to the right place if you’re a course creator looking to build more impact, income, and freedom. LMScast is the number one podcast for course creators just like you. I’m your guide, Chris Badgett. I’m the co-founder of the most powerful tool for building, selling, and protecting engaging online courses called LifterLMS. Enjoy the show.