How to launch a successful online course MVP, generate multiple income streams, and build a team with Divi community leader David Blackmon of Aspen Grove Studios in this episode of LMScast with Chris Badgett of LifterLMS. David shares his journey from learning WordPress in 2013 to running the successful companies he owns today. 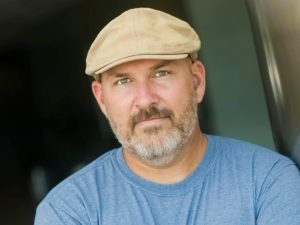 David is a course creator and digital product entrepreneur who is a large part of several companies and projects including Aspen Grove Studios, WP the Podcast, Divi Space, and many more.

David tells of his experience planning to get a course up in about six weeks, and it ended up taking six months. He now puts great emphasis on overestimating the time you think it will take you to launch your course in order to save yourself potential headache. If you end up with your course finished before launch, then you can always do an early launch.

For those unfamiliar with it, Divi is a WordPress page builder theme made by Elegant Themes. It gained a lot of popularity in the WordPress community, because it has an intuitive page building platform, and you don’t need to know any code in order to create a WordPress website using Divi.

WordPress is all about democratizing the ability to build cool things on the internet without having to be a developer or expert designer to get started. David highlights the value Divi can bring to both the novice users and web development professionals in the WordPress space.

David and his team at Aspen Grove Studios give a ton of content out for free, and David recommends that as a strategy for building up your audience. Delivering high quality, free content to your potential customers is a great way to build rapport. You should respect your audience and avoid spamming them with emails and information they don’t need, however.

To connect with David Blackmon you can email him at [email protected]. You can also find him on Instagram, Twitter, and Facebook. Also check out WPthePodcast.com to see the episode David did with Chris over there!

Find out more about how you can use LifterLMS to build your own online courses and membership sites at LifterLMS.com. If you like this episode of LMScast, you can browse more episodes here. Subscribe to our newsletter for updates, developments, and future episodes of LMScast. Thank you for joining us!