We discuss online course marketing that works with Tom Libelt from the Smart Brand Marketing Podcast in this episode of LMScast with Chris Badgett of LifterLMS. Tom and Chris dive into various marketing strategies online course creators can use in their business to reach their target audience and add the most value to the lives of their students. 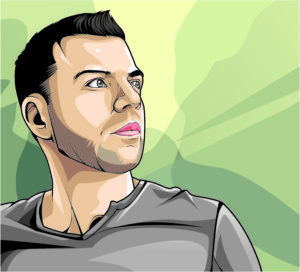 Tom is a serial entrepreneur who has a background in the music industry as a Polish rap star and a documentary filmmaker.  He is the founder of the Smart Brand Marketing Podcast where he and his guests share their knowledge and expertise on how you can grow your business online. Tom also creates online courses and helps others build their online platforms at WeCreateOnlineCourses.com with his partner Till Carlos.

We talk a lot on LMScast about validating your ideas before investing time and money to create a course that people don’t buy. Tom shares some strategies you can use to validate your course idea by pre-launching or pre-selling your course to see if there is a market for your product. Testing your assumptions early can save you a lot of money and time in the long run with your online courses and membership sites.

Online education products and services in niche industries tend to perform better. When you target a specific individual or group with an online course, it is much easier to market to them and communicate the value of your products.

To truly add value to your course project you should focus on the parts you do best and outsource the rest. As Tom mentions, you can spend months learning how to be a good copywriter, but the whole process moves faster and is ultimately more effective if you hire someone else to do it.

Keeping your sales funnel simple is crucial to getting engagement from new leads. You can host a free master class or webinar to help your target audience solve a specific problem, and then collect emails from that to build up an email list. Many education entrepreneurs overthink the sales funnel. Tom highlights how you just need to focus on solving a specific problem and avoid being afraid of asking for the sale.

To learn more about Tom Libelt check out SmartBrandMarketing.com and WeCreateOnlineCourses.com. You can find him on Twitter at @TomLibelt. Tom is also a big part of the movement called Your Own Way Out.

At LifterLMS.com you can find out more about how you can build your own online courses and membership sites with LifterLMS. If you like this episode of LMScast, you can browse more episodes here.  Subscribe to our newsletter for updates, developments, and future episodes of LMScast. Thank you for joining us!